My experience with Bengali cuisine has been quite interesting, needless to mention I am talking about the restaurants serving Bengali food. I wanted to do a post just on these restaurants but then my experience continues, as we keep discovering a new Bengali restaurant every other day, for instance, we recently tasted some delicious Bengali food at Bong Bong in Bandra, Mumbai and Aadrika at Viman Nagar, Pune. I guess I will have to postpone that post for the future while my brother Aroop Bose takes you on a journey of Bengali food served at Bengali restaurants in Bombay during the Bengali New Year. 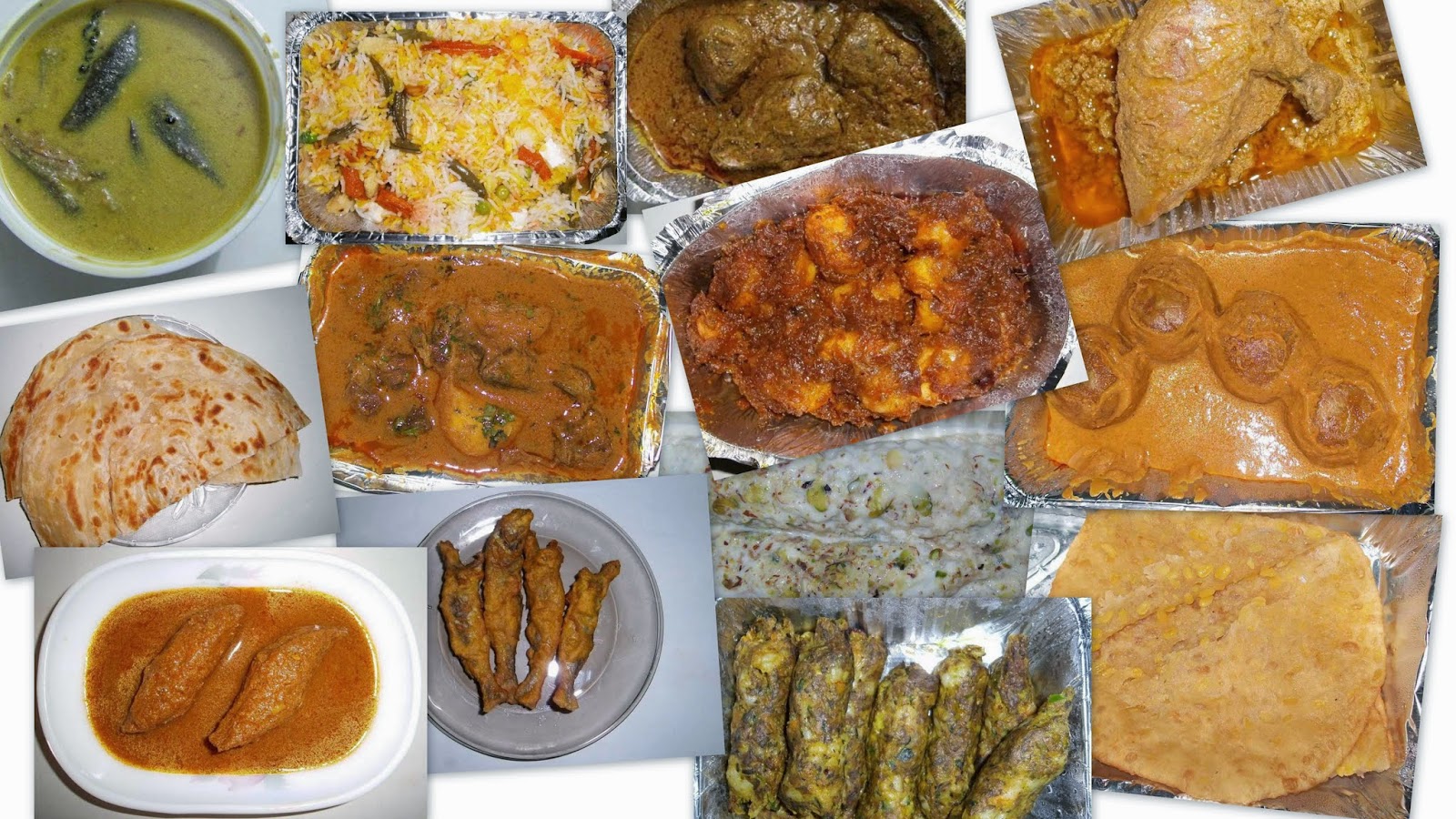 The Bengali New Year will be celebrated on April 15, 2015 and the restaurants serving Bengali food will present their patrons with special menus for the occasion. In this article I would like to share our experiences with regard to the food we ate from two restaurants in the suburbs of Bombay – one being Oh! Calcutta located in Andheri and the other being Food First in Malad.

Let me begin with Food First. This is a multi-cuisine Indian restaurant which also serves a few Bengali dishes and is located on Swami Vivekananda Road, Malad West. Every year, in the month of April, a Bengali food festival is held here for about a week to mark the Bengal New Year. Some of the dishes we tried in the last two occasions were Enchorer Kofta, Mochar Ghonto, Thakurbarir Pulao, Bhaja Masala Aloor Dum, Bhetkir Paturi, Kochi Panthar Jhol, Murgir Kofta, Chicken Chaap, Patishapta, Shukto, Dhakai Paratha and Radhaballabi.

Enchorer Kofta or balls made from raw jackfruit with thick gravy was good and one could get the real flavour of the vegetable. We tried this dish first in the year 2013 and then again in 2014, what we ate in 2013 was better. In 2014 the koftas did not bind too well.

Mochar Ghonto or dish prepared from the banana flower was prepared in the traditional way and was quite tasty. My mother cooked this dish at home very often, for her recipe click here: Banana Flower Delight (Mochar Ghonto).

Thakurbarir Pulao or pulao prepared in the house of the Tagores had cashew nut, carrot, fried cauliflower, French bean, potato pieces, baby corn, American corn and peas. Surprisingly it did not have two basic ingredients that we usually see in a pulao, those being kismis (raisins) and pista (pistachio). This dish simply did not deliver; we were not impressed at all. As the name suggests the dish was expected to be a traditional one, a recipe that should have been about a century old or more; baby corn and American corn should have no place in a dish like this. There was nothing in the taste. Evidently it was not a traditional dish but was something invented by the chef, therefore instead of calling it Thakurbarir Pulao they should have given it some other name.

Bhaja Masala Aloor Dum (Bengali version of a dum aloo)was good in taste but certainly did not taste Bengali, it was not made in the traditional Bengali style, onions were used in this dish. However, the aloor dum that I tasted in Calcutta did not have onions.

Bhetkir Paturi or bekti fish wrapped in banana leaf and steamed, was well prepared and was quite tasty. Actually if the fish is fresh and the spices are in right proportions you can hardly go wrong with a dish like this.

Kochi Panthar Jhol is a traditional gravy dish made from lamb. Kochi Pantha is lamb in Bengali and Jhol is gravy; the word Kochi should not be confused with a city in the state of Kerala which also has the same name. The dish was made in the traditional way; the quality of the meat was very good and the balance of spices was just right making the dish really very tasty; we enjoyed it. We ate this dish both in the year 2013 and 2014. In the 2013 menu Panthar was spelt as Panther, on noticing this I had to suppress my laughter while a member of the restaurant staff was patiently waiting for my order, surely no one serves panther meat. I think Food First must have realized their mistake and the spelling was changed to Panthar in 2014.

Chicken Chaap was a ‘chicken version’ of a mutton chop dish. The breast portion was used to imitate a mutton chop. We quite liked the blend of spices; it was mild with good flavour. The quantity of chicken meat was good.

Patishapta – rice flour pancake with stuffing of grated coconut and khowa (thickened milk), this is a popular Bengali dessert. We did not like it very much; in fact better patishapta is made in Bengali homes.

Shukto is a traditional Bengali mixed vegetable dish, it was prepared well and had the right flavours. It is worth trying again.

Dhakai Paratha is a special kind of paratha which, as the name suggests, originated in Dhaka (now in Bangaladesh). It was quite disappointing, Food First simply could not get it right; I think my mother made far better Dhakai Parathas.

Radhaballabi is a popular Bengali snack; it is like a puri or a kachori made from flour (maida) with a stuffing of dal (lentils) and spices. I have eaten this dish on several occasions both in Bombay and Calcutta and I always loved it; I can’t say the same for the radhaballabi prepared by Food First. They did not get it right and it was a disappointment.

Chitol Maachher Muitha, as the name suggests is a dish prepared from a fish called ‘chitol’ by Bengalis. ‘Muitha’ means balls made from the fish, in this case the shape was not ball like (see the picture above). This dish had thin soupy gravy which tasted good. The fish was prepared in a way that made it rather rubbery, very rubbery indeed. The first time we tasted this dish at Bijoli Grill at Delhi Haat in New Delhi; we loved it there and were eager to try it in Bombay. However we did not find the Oh! Calcutta version of the dish up to the mark.

Chingri Mocha Sheek Kabaab is not exactly a traditional Bengali dish, but was created by Oh! Calcutta in Bengali style. The dish comprised prawns (chingri in Bengali) and chopped banana flower (mocha in Bengali) shaped and prepared like traditional sheek kebaabs. It had a beautiful blend of tastes; the kebabs were nice and firm. We would rate this dish as excellent and would love to try it again.

Topse Maach Bhaja as the name suggests is a fried dish made from the ‘topse’ fish. The fish was dipped in batter and fried. It tasted good.

In conclusion, I have to say that we generally enjoyed dishes from both the restaurants; each restaurant has its own style. This year too they will be laying out special menus for the Bengali New Year; you may consider giving some of the dishes a try if you happen to be in Bombay during the Bengali New Year.
Posted by Shilpi Bose at 2:40 AM