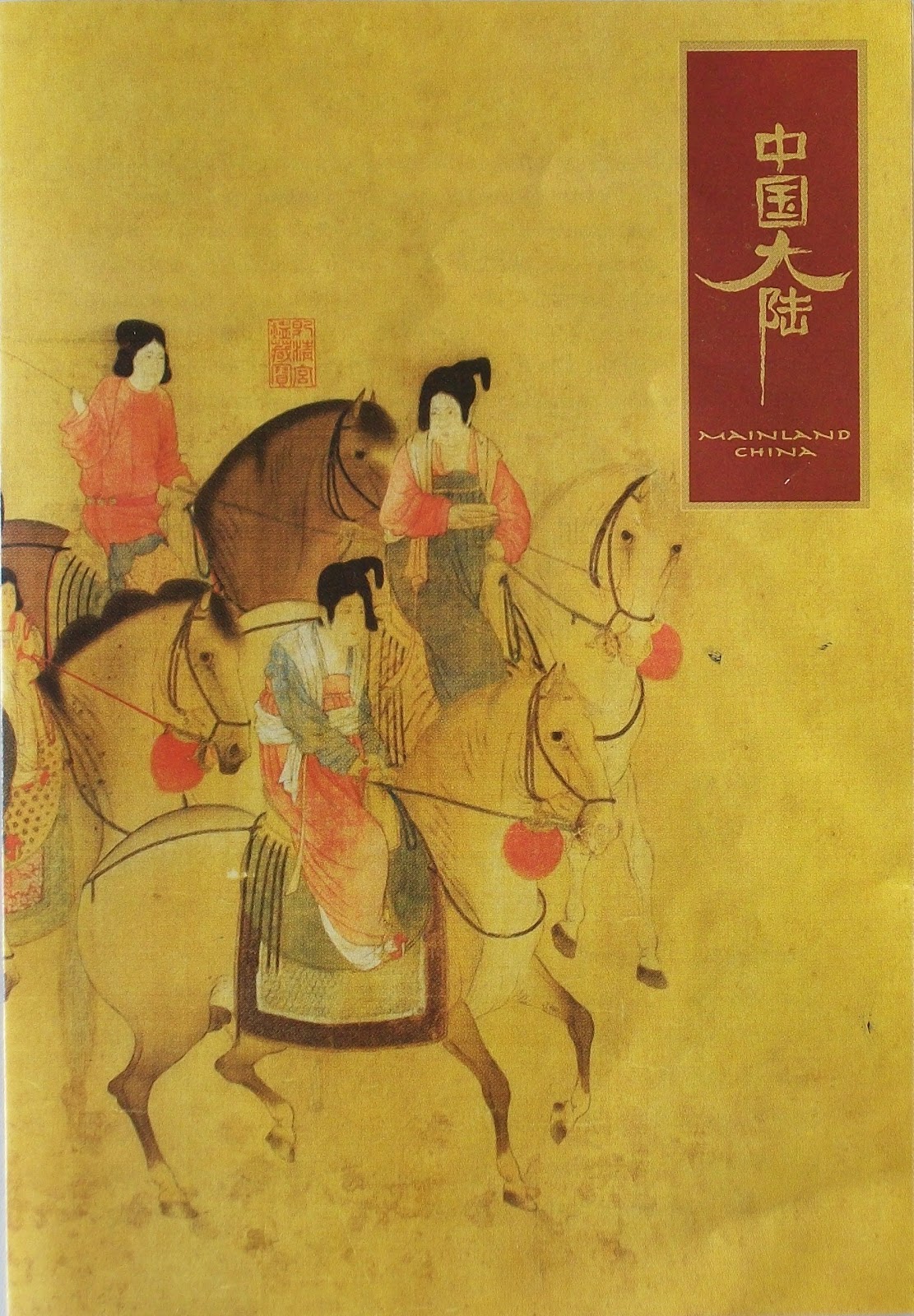 There was a sense of déjà vu for me when I visited Mainland China at Aundh Pune this time. It took me down memory lane to 1998, when I used to occasionally do restaurant reviews for Westside Plus a supplement of The Times of India. Anjan Chatterjee who was known for his advertising agency had just forayed into the world of food with Only Fish- a restaurant that focused on fish and Sweet Bengal a sweet shop. Incidentally Only Fish changed to Not Only Fish and later to Oh! Calcutta.

Soon after Only Fish he launched the first Mainland China at Saki Naka, a rather congested location in Andheri East a suburb located in the north west of Bombay. Here, besides the regular menu, he had introduced an executive lunch for just Rs 175/-. This was a steal, because he allowed the diners to choose the main dish from the regular menu. I was therefore thrilled to find a similar offer after so many years in Aundh. This meal, I noticed, was available only in Aundh and not at their other outlets in Pune or in Bombay.

Below is my review of the executive lunch, if you wish to read the review right click on the image, then click on view image and if necessary enlarge the image. 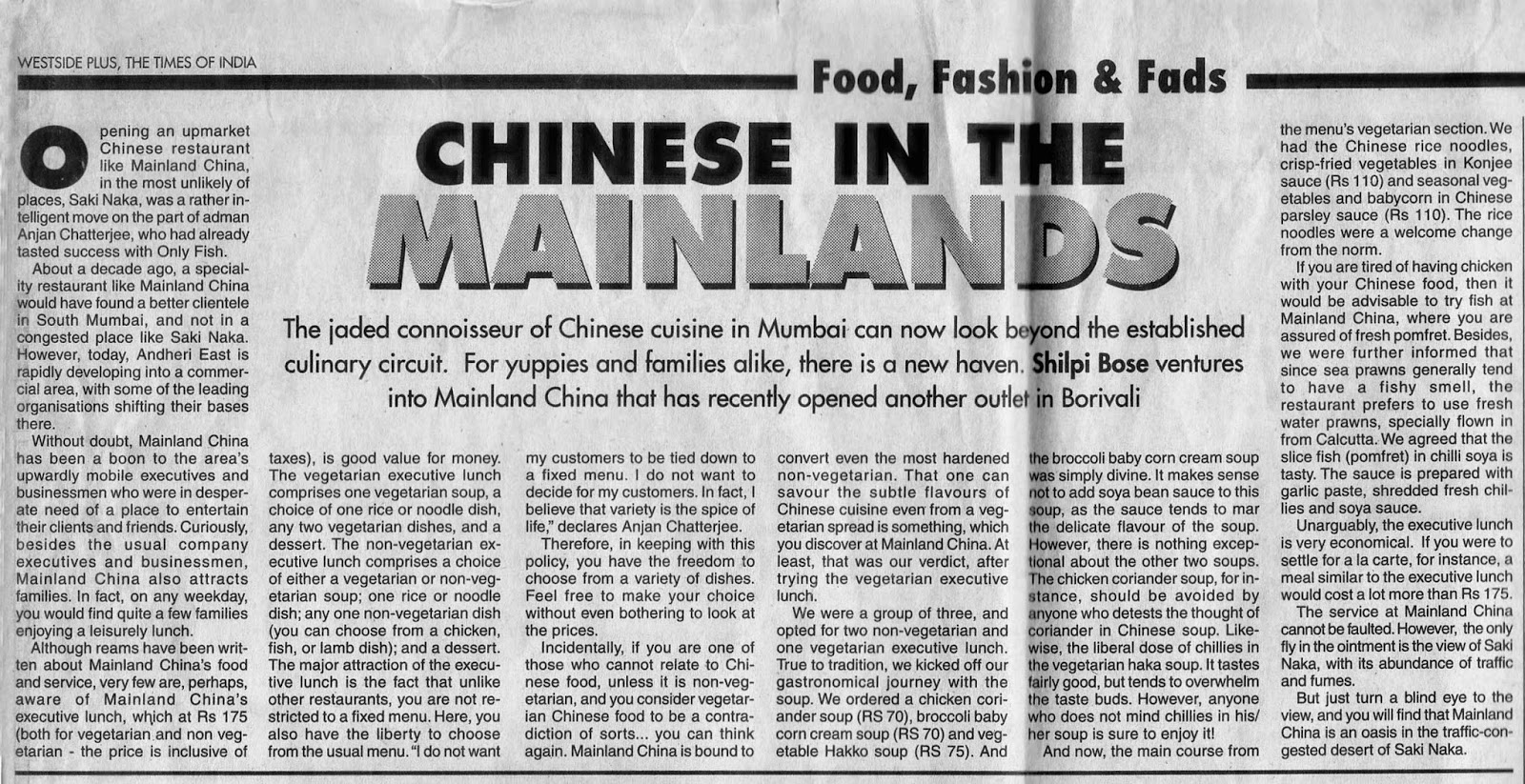 Over to my brother Aroop Bose for his views on the Unfixed Lunch at Aundh Pune. 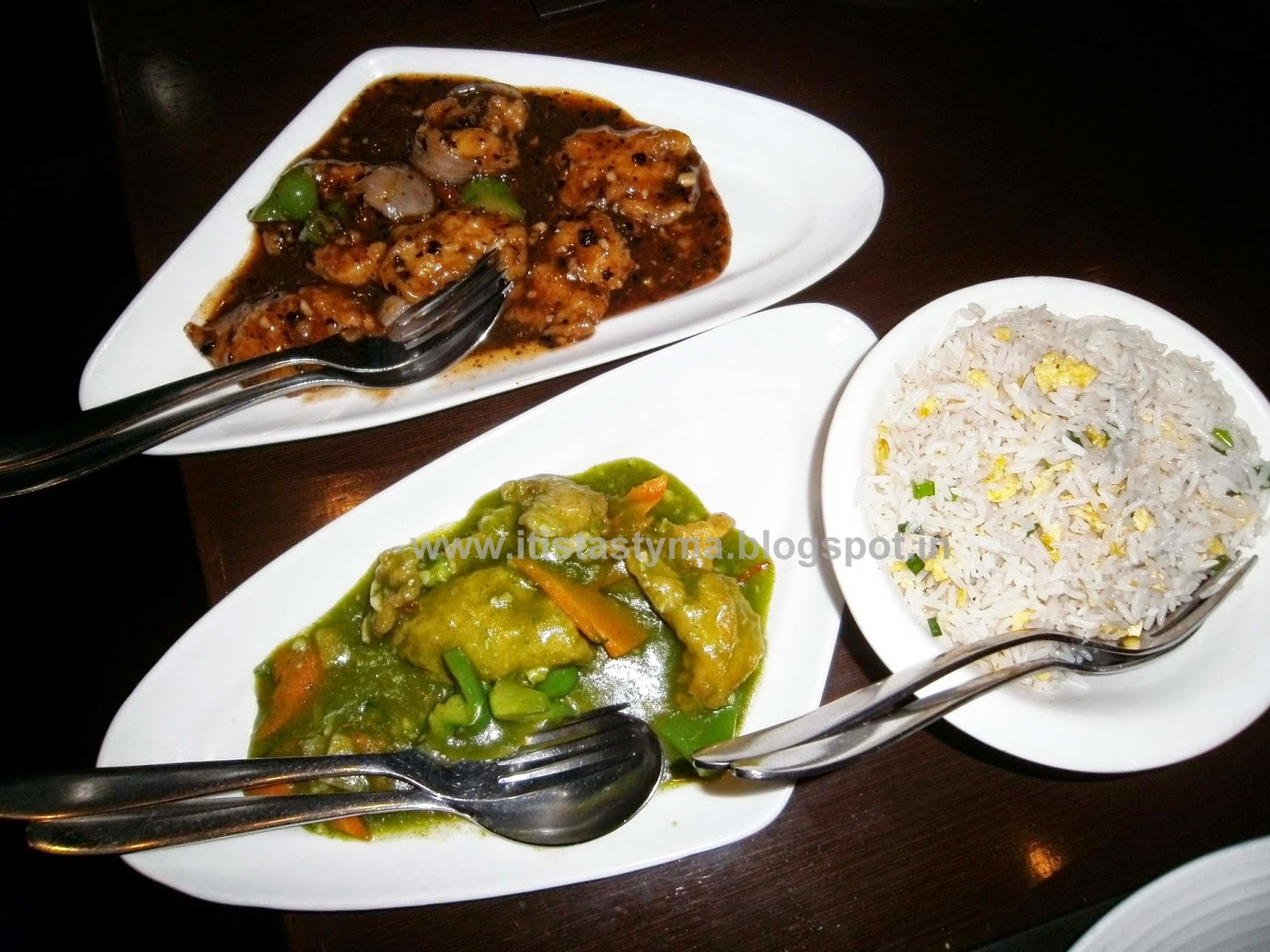 We need to visit Pune very often and our trip is never complete without at least one lunch at Mainland China in Aundh; Mainland China has a presence in other parts of Pune as well. During our last trip what caught our attention was the ‘Unfixed Lunch’ which was available there at that time in addition to the regular menu; we were curious. Unlike a fixed meal where one does not have a choice or the choice is very little, the Unfixed Lunch at Mainland China gives you quite a few items to choose from.

We were presented with a special Unfixed Lunch menu card and we were supposed to choose one soup, one main course, one rice or noodle preparation and one dessert per meal. Apart from the choice of either vegetarian or non-vegetarian dishes, one could choose from a number of dishes in each category, especially in the main course which offered a large number of dishes to choose from. Since we were two we could order separate items for each lunch and share them, we did just that except for the soup. We ordered lemon coriander soup, in the main course we ordered fish in black bean sauce and fish in Chinese parsley sauce, in the staples we ordered simple egg fried rice and wok tossed Hakka noodles, the dessert comprised date wontons and hot chocolate with choice of ice creams. What was both surprising and interesting was that, the quantities served were the same as the regular à la carte menu, so the amount of food on the table was quite a lot for the two of us. 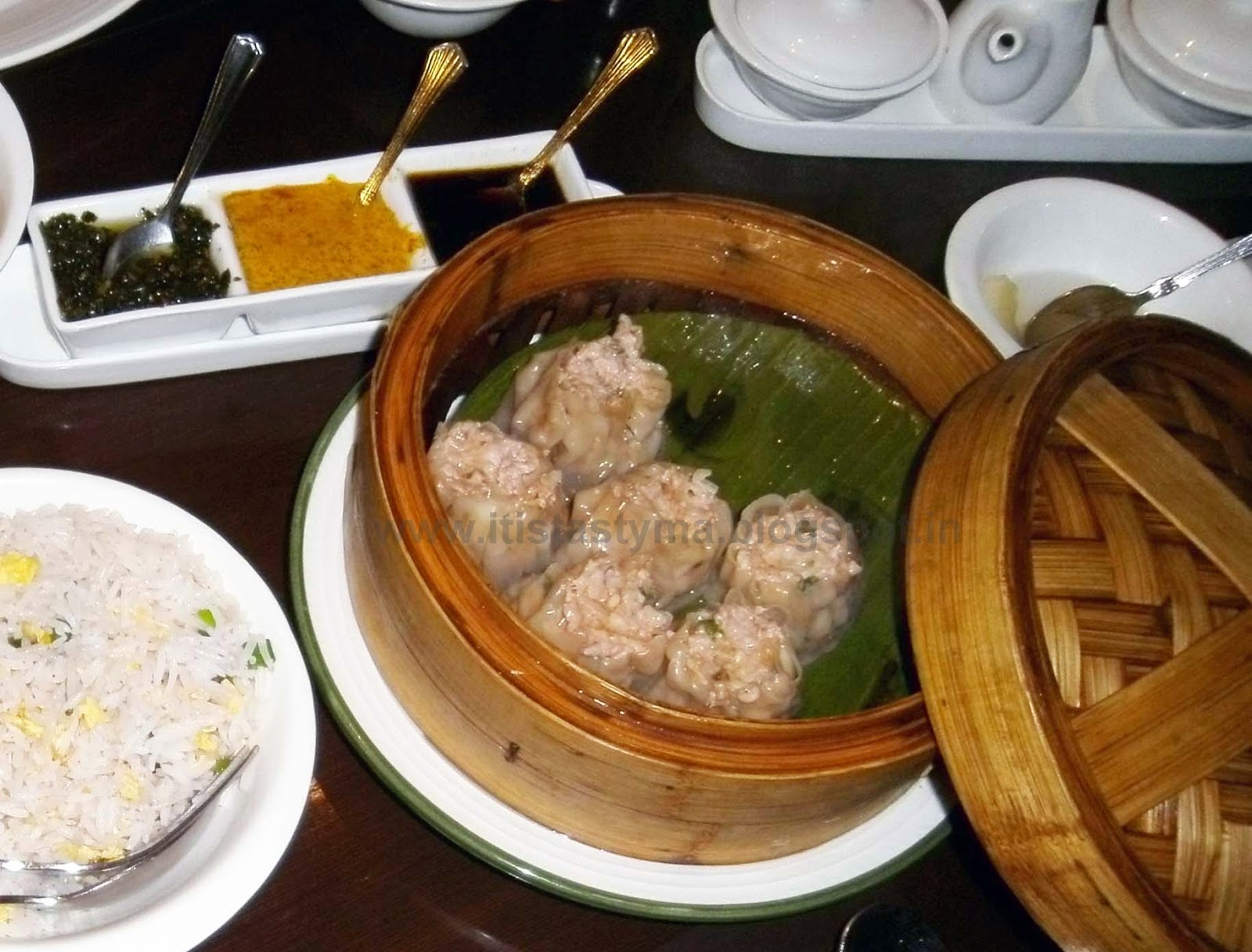 All this time we were unaware of a bigger surprise waiting to unfold. The server told us, to our utter surprise, that he would also be bringing for us siu mai and fresh lime with soda which were complimentary with the Unfixed Lunch. While we were wondering how to finish what we had ordered, the server adds to our problem by bringing to the table two more items, but we were delighted; at Mainland China we normally finish our meal with jasmine tea which is complimentary, but this time we had to request the server not to bring it because we just did not know how to fit it in thanks to the sheer quantity of food on the table. 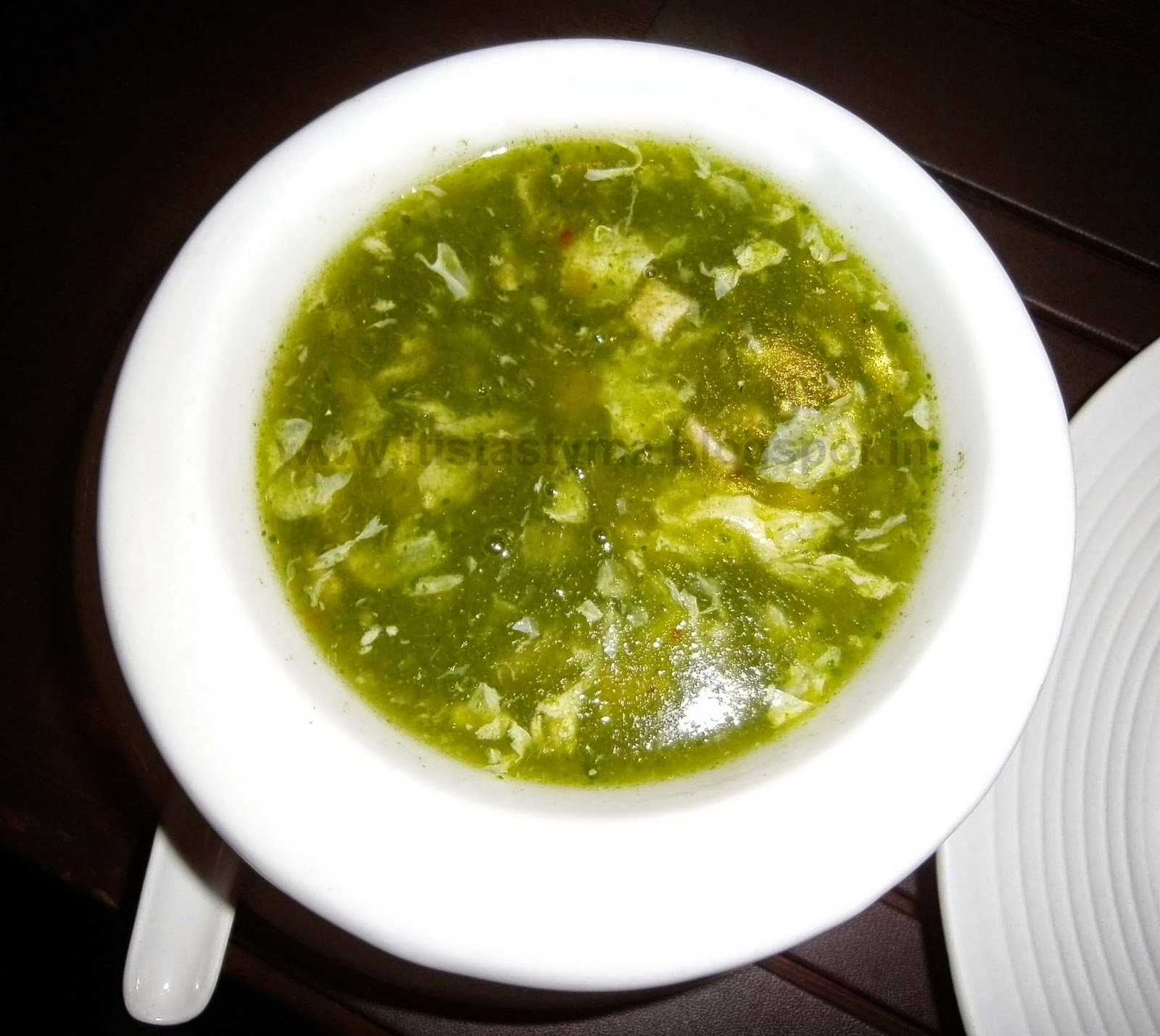 The lemon coriander soup was a thick and greenish soup lightly flavoured with coriander. The fish that was used for the main courses was basa which tasted really very good. Of the two main courses one was soya based and the other as the name indicates had parsley. Both dishes were lightly and subtly flavoured but were distinctly different. The siu mai, which is basically a dim-sum or momo with an open top, was stuffed with minced chicken; it was juicy (that is the only way I can describe it) and full of flavour, it was accompanied with three kinds of sauces. The right balance of flavours is what always draws us to Mainland China and we are never ever disappointed; the lovely 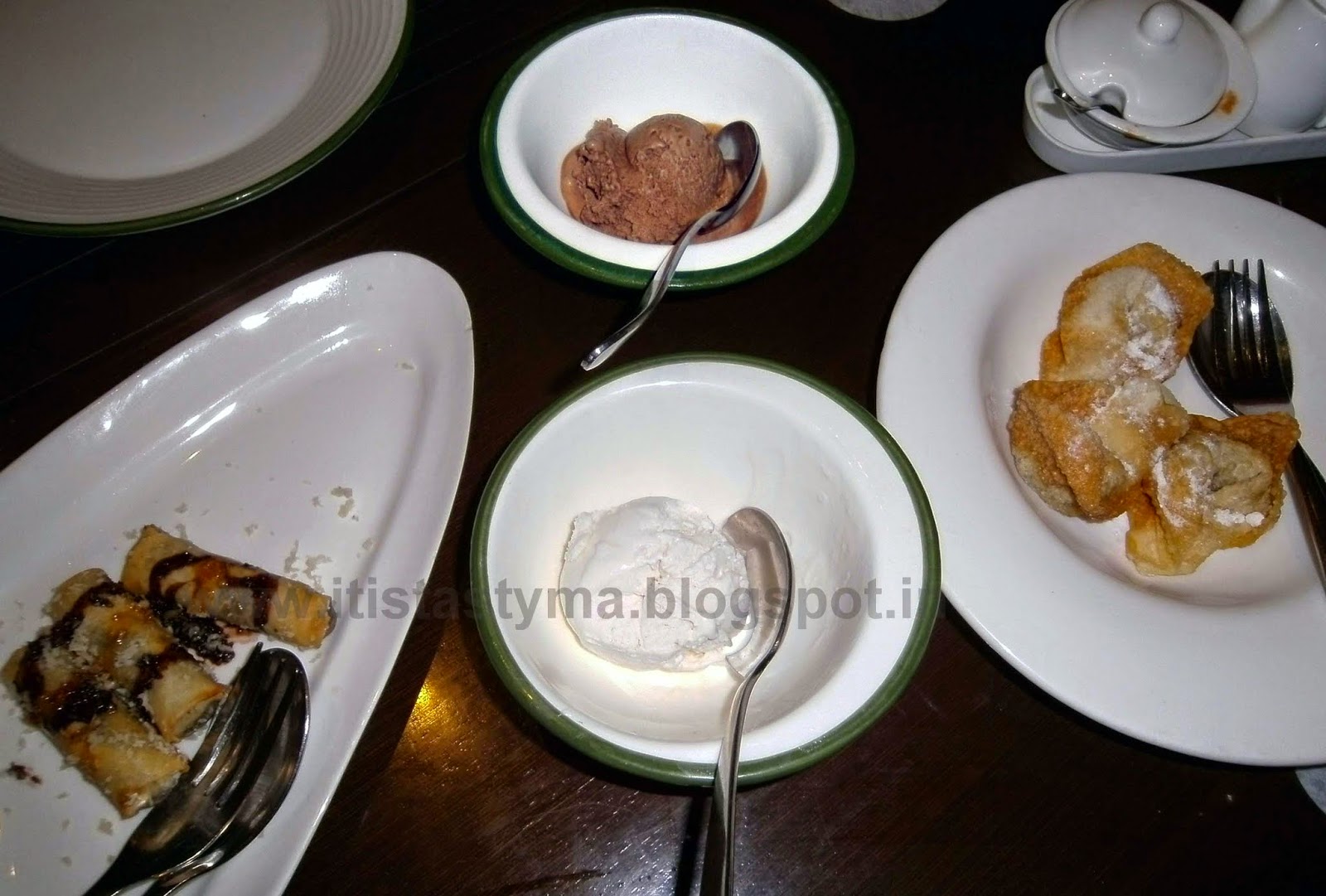 tradition of mouth watering flavours continued in this Unfixed Lunch. As for the desserts, date wontons were wontons with a filling of dates and the hot chocolate roll was nice and crisp with a chocolaty filling. We had the wantons with vanilla ice-cream and the chocolate rolls with chocolate ice-cream; both were just yummy. This was indeed a delightful experience, as delightful as the buffet we had at Mainland China at Bandra in Bombay, I had reviewed that buffet way back in January 2012.

The Unfixed Lunch cost us a total of Rs. 928.00 including taxes, that works out to Rs. 464.00 per head which was really a good bargain; had we ordered the same items from their regular menu card the total amount would have been more than twice the amount we paid. I wish I could again visit Pune and once again have the Unfixed Lunch; after all there are other items which are waiting to be tried.