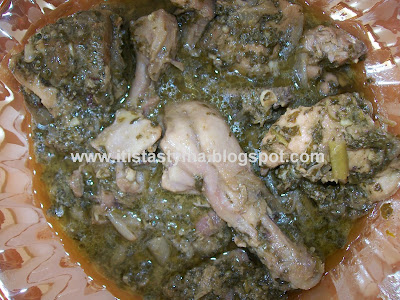 It was all about my mum’s cooking so far in this blog, but now for a change this post is about my cooking. My cooking? No that is not the complete truth, this is not my recipe.
I like to watch food and travel shows on television; long ago on such a show (I do not remember the name of the show or even the channel on which it was being telecast), I saw the show’s anchor cruising along on the beautiful waters of God’s own country, Kerala, in a luxurious houseboat. During the course of the show the anchor introduced a chef who was cooking chicken biryani Kerala style in the boat’s kitchen.The chef first cooked the chicken and then cooked the rice, the rice was like a pulao. He served the chicken on the bed of this pulao rice, this was chicken biryani Kerala style. 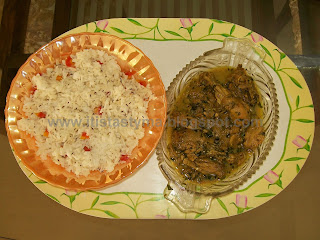 As I watched the show I felt the chicken itself without the rice could make for a tasty dish and decided to make it. I, however, did not make it immediately as a result of which I had forgotten the quantity of the ingredients used; I also did not remember whether the chef had used turmeric powder or cumin powder, I, anyway decided to use both the spices. I also took my own decision on the quantity of the coriander (cilantro) leaves and mint leaves. Here I would like to suggest that you may use your own judgment and also let your taste determine the quantity of coriander (cilantro) and mint leaves you would like to use in the dish. You may have noticed I prefer to use the words ‘coriander leaves’ instead of ‘cilantro’ for that is what we call  it here in India. 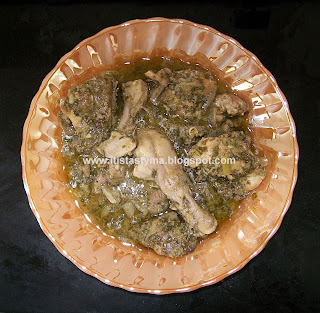 Ingredients:
Method:
You will notice no water is added. 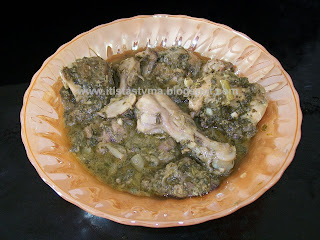 Besides pulao this is an excellent accompaniment to all Indian breads like rumali rotis, parathas, naan, phulka rotis. I also like to have it with the usual sliced bread.
Posted by Shilpi Bose at 6:29 AM