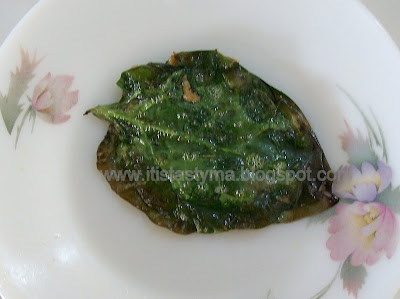 I was debating whether to post this recipe or not after all I felt it may not find favour with the non-Bengali palate. Non-Bengalis may find it a bit strange or maybe not, I am, in fact, reminded of an incident which a Bengali housewife from Calcutta once narrated on a game show on a Bengali channel. This housewife’s husband was posted in Scotland for a few years; while she was living with her husband in Scotland, she once needed to get her kitchen chimney repaired. It was around lunch time when the repairman came to fix her chimney. The aroma of food was wafting through the kitchen. The Scotsman could not help himself and enquired about the aroma. The housewife seeing his interest offered him lunch which was nothing but a simple Bengali cauliflower preparation accompanied with rice. The housewife was surprised to find that he not only enjoyed it immensely but also told her that it was the best meal he had had in a long time. It is this incident which has emboldened me to post this recipe but before the recipe, a bit about Bengali cuisine in general.


As far as Bengali cuisine is concerned the general impression is that Bengali cuisine is about fish, rice and the typical Bengali sweets; contrary to this belief a wide variety of vegetarian dishes, which includes leafy vegetables (what we in India call saag) form an intrinsic part of Bengali cuisine.


When I say leafy vegetables it is not just about spinach or fenugreek leaves, you will find a variety of green leafy vegetables in the Bengali kitchen, primarily in West Bengal. During Diwali Bengalis start the festival by eating a dish which comprises fourteen types of leafy vegetables, these are medicinal plants and available only in West Bengal; we migrant Bengalis make do with whatever is available, for instance in Bombay none of the 14 vegetables are available here so we make do with spinach, fenugreek and some other types of saag which are locally available. One particular type of leafy vegetable which is easily available almost everywhere in the country and is also a Bengali favourite is Malabar spinach also called the Indian spinach. It is a tropical climbing vine and Bengalis call it Pui Shaak and in Bombay where I reside it is called Mayalu. 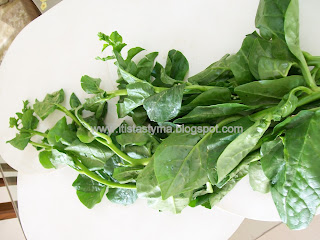 Another Bengali favourite is poppy seeds. This is a universal Bengali favourite; I say universal because Bengali cuisine varies from region to region, for instance the food habits of Bengalis in West Bengal is quite different from the Bengalis in East Bengal (now Bangladesh). Even within West Bengal you will find differences from one region to another; however poppy seeds or posto as we Bengalis call it knows no boundaries. It is combined with almost anything but the most popular version is the one with potatoes called aloo posto; it is a combination of poppy seed paste and diced potatoes. Another favourite is the poppy seed wada or poppy seed patty or postor boda as we Bengalis call it. The poppy seeds are ground to a paste along with chillies or finely chopped chillies are added to the paste. After addding salt the paste is shaped into round patties, and fried -- not deep fried but shallow fried. Bengalis have these with their favourite staple food rice.

The recipe which I have given below is a combination of the Malabar spinach and poppy seeds. This is something which my maternal grandmother used to make and my mom still makes it. The only difference being, while my mom has to buy the vegetable, my grand mom plucked it from her kitchen garden and naturally the leaves were fresh and undamaged.


Bengalis normally make a mixed vegetable dish using the stem of the Malabar spinach  vine, however in this recipe all you need is the leaves of the plant. This is a kind of fried sandwich. My mum says it probably has its origin in some region of West Bengal. I have no clue whether Bengalis in general make this or not but all the same here is the recipe. 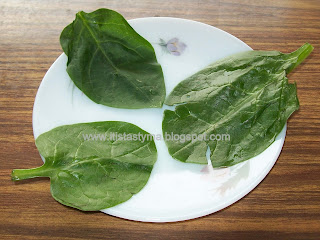 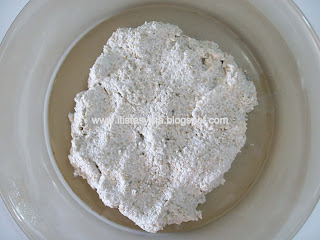 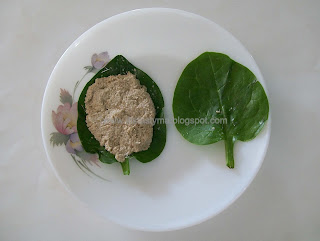 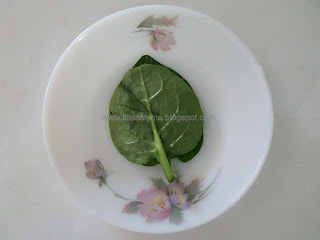 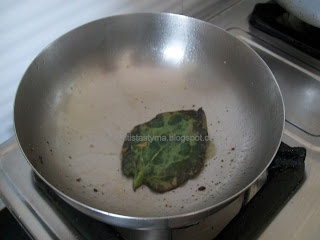 It is an excellent accompaniment with rice.

You may also like Paneer Korma and Potatoes with Mushrooms & Capsicum.

Email ThisBlogThis!Share to TwitterShare to FacebookShare to Pinterest
Labels: Pui Pata with Posto