My mum, till a few years back, quite often, made mutton kababs. Now however, she has switched to fish kababs. Since fish is healthier than mutton I consider this a better option. 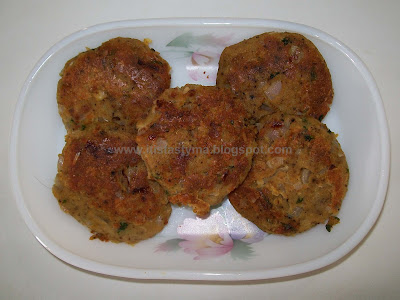 Method:
Serve hot with tomato sauce or ketchup or mint chutney.
You may also like: Fish in Yoghurt Sauce