Foodelicious Trip To Delhi and UK
As is obvious from my prolonged silence I was away from blogosphere. My wonderful holiday was marred by an injury to my arm, to make matters worse this was the arm  I had injured during Christmas as a result of which I am compelled  to type with my left hand. There is also the problem of the internet connection which appears to have mind of its own. I apologize to my readers for not being able to update my blog.
I sure would like to share the foodie experiences I had on this holiday but before that I would like to thank each one of you for your encouraging comments. In my absence I am also glad to see that I have a new follower. A big THANK YOU! 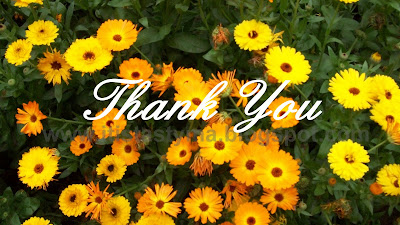 I have to confess that I learnt to thank my readers with these flowers from my fellow food blogger schmetterlingwords who has also helped me keep in touch with the German language. Thanks schmetterling for providing me with this inspiration. Incidentally we saw these beautiful flowers in a temple complex at Haridwar.
This was a trip to UK, yes I was surprised to find ‘Government of UK’ written at  various places in Haridwar, Rishikesh, Mussoorie and Dehradun; for a moment I wondered what the United Kingdom had to do here only to later realize that it is short for Uttarakhand.
Before taking off for UK we decided to spend a couple of days in the capital city not for touristy reasons much to the irritation of the cab driver, but for foodie reasons and also to visit the National Gallery of Modern Art which to my brother’s (who is an artist) delight has an excellent collection of artworks.
Our culinary journey began in the capital city’s Dilli Haat an  interesting concept and an excellent means of showcasing the country’s handicrafts and cuisine.The handicrafts were not of much interest to me considering that almost everything is available here in Bombay(I did purchase a few things though), what I was looking forward to was the food court. Sometime back in a food related television show I had seen that the famous Calcutta caterer Bijoli Grill had set up shop at the Haat, ever since I had been waiting for an opportunity to satiate my taste buds at this stall and finally it happened. Was it worth it? It was great. We ordered Bhetki Machcher Paturi and Chittal Machcher Muittha.
I had both these for the first time in my life. The former is steamed fillets of bekti fish with mustard paste wrapped in a banana leaf. The latter is a preparation made from a fresh water fish called chittal. I do not know the recipe(chittal is not available in Bombay) but from what I have heard the fish is deboned then steamed, cut into pieces, fried and then cooked in a gravy. The dishes were very delicious, low on spices – we had requested them to go easy on the chillies but what I liked most was the complete absence of a fishy odour. One of the reasons I avoid ordering fish in restaurants is the fishy odour that emanates from the fish;I have found this odour even in well-known restaurants like Mainland China and O! Calcutta. Besides these we also had Radha Vallabhi (a kind of stuffed puri made from maida) and Aalur Dom (Bengali version of the Dum Aalu). Some delicious Bengali sweets rounded off our meal. The food was pretty light on the stomach, I had digested it almost immediately and had no hesitation when my brother suggested we visit Wenger’s the well-known pastry shop. I would like to share this video about Wenger's which I found on the internet.
Heavy rains played spoil sport preventing us from visiting the Haat again to try some of the goodies available at the other stalls. This was not the end of our culinary journey; the capital had more to offer. We headed to Delhi’s mini Bengal Chittaranjan park for some goodies like Khejurer Gur (jaggery from the date palm). More about that in my next post but till then have a look at this clip.
Posted by Shilpi Bose at 6:33 AM