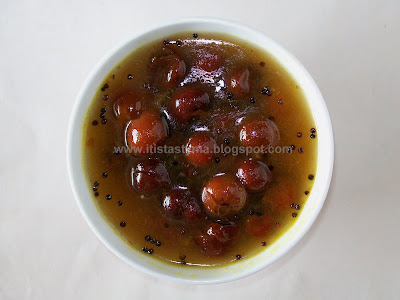 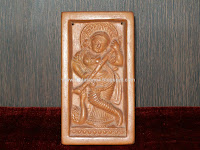 February 8 was Basant Panchami, this is the day Bengalis worship Saraswati, the Goddess of knowledge, music and art. Panchami is the fifth day after new moon or full moon. In case of Basant (Spring) Panchami it is the fifth day of the bright fortnight (waxing moon) of the month of Magh (Indian calendar month) which falls between mid–January and mid-February. Incidentally the day previous to Saraswati Puja, is celebrated as Lord Ganesh’s birthday, there is a ten- day long celebration at Bombay’s most venerated Ganesh temple – the Siddhivinayak temple. Many Bengalis are not aware of this but in the villages of West Bengal people offer puja to Lord Ganesh on this day.

Coming back to Saraswati Puja, the day has special significance for students and artists. On this day little kids are made to write their first word before being admitted to school. I found something interesting this year on a Bengali television channel, I saw that instead of writing their first word, children were made to key in their first word on a laptop, “Computers play an important role today so we are continuing tradition with a touch of modernity,” explained a parent. 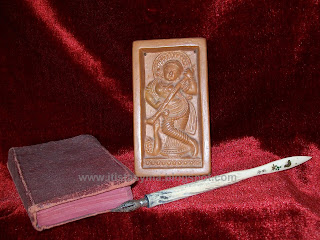 Traditionally students place their books in front of the idol of Goddess Saraswati. I remember as a student I took it very seriously, I made it a point to place the textbooks of those subjects which gave me nightmares, as mathematics topped the list, algebra, geometry and arithmetic were reverentially placed by me at the Goddess’ feet; that was my way of ensuring success in these subjects, needless to mention it did not help, I had to study. 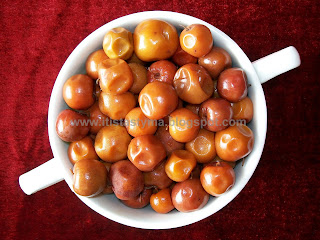 d
There is another interesting custom which most Bengalis observe during Saraswati Puja; it is related to the Indian tropical fruit, ber or bor – a kind of berry. This Indian berry also called the Indian plum or Indian jujube begins arriving in the markets from December onwards, it is sweet and sour, a very tempting fruit which all kids love to munch on but Bengali kids are prohibited from having the fruit until prayers are offered to the Goddess, I remember I religiously followed this custom for fear of failing in the exams , you see I could not offend the Goddess of knowledge.  Although I religiously followed this custom after all I wanted to cruise through my exams with flying colours, I do not deny I found it a bit illogical too and often wondered what could be the reason for such a custom. My mum reasoned that during winter excessive consumption of this fruit could lead to a sore throat and illness. As Saraswati Puja marks the advent of spring it was safer to eat it after the festival, so our ancestors probably thought of this method to keep the kids healthy. Well whatever the reason, there was a delicious reward for this abstinence; on the day of the festival I could dig into some delicious kooler ombol made by mom ---- confused? Kool is the Bengali word for the Indian plum or bor/ber and kooler ombol is the sweet and sour chutney made with this delicious fruit.
Before I go on to the recipe, I would like to share another interesting Bengali custom; this custom is restricted only to the West Bengalis and not the East Bengalis. On the day after Saraswati Puja we eat  Gota Sheddho, literally translated it means ‘Whole (Gota) Boiled (Shedho)’. The day after Saras wati Puja is shashti  the sixth day of the lunar fortnight therefore six items which have been boiled are eaten on this day. Five vegetables and a lentil (usually urad) are boiled whole, nothing is peeled or chopped, in case of the urad too it is not split or skinless, the whole urad bean is used. Though different families have different customs, it is customary to use potatoes, green peas, aubergine, papdi (the Indian green pod vegetable) and spinach; spinach too is boiled with the roots, in Bombay since  spinach with roots is not available we make do with spinach with the roots chopped off. In my father’s family however the papdi is substituted with ber/bor and it lends a nice tangy flavour to the entire preparation. 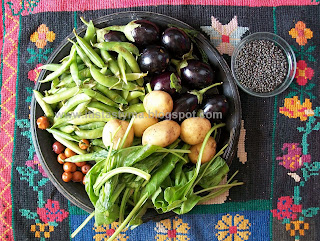 This whole boiled preparation which is cooked without spices and salt is served with rice during lunch and it is accompanied with the kooler ombol  and some fried vegetables. Six types of vegetables are fried while some of it is used for  lunch the remaining is for dinner to be eaten with parathas  made from maida (white flour) or luchis that is puris made from maida. 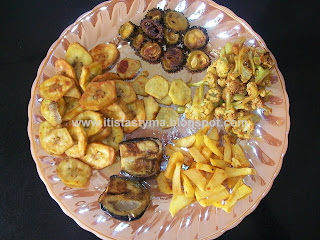 The meal is rounded off with notun gurer payesh which is kheer  (the popular Indian dessert made with rice, sugar and milk) prepared not with sugar but with jaggery made from the date palm. What is most interesting is that everything including the rice is cooked on Saraswati Puja day and is eaten the following day absolutely cold, this day is also called Sheetal Shashti, Sheetal means cool. Well, what could be the logic behind such a custom, my mum and I have come to the conclusion that during winter we tend to a binge a lot on non-vegetarian fare so perhaps this is one way to get us to cleanse the system. Besides that, this is the time when fresh crops are harvested and what better way to enjoy the actual flavours of the vegetables. 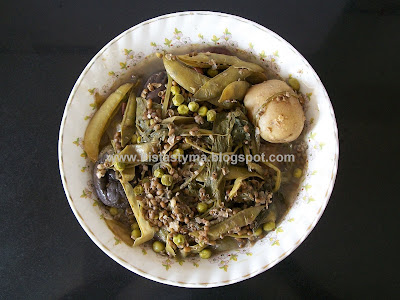 Whatever the reason the Gota Sheddho which is devoid of all spices is eaten by adding some mustard oil and salt, though salt is not added at the time of cooking we are allowed to add it while eating it. Those who cannot do without chillies bite into some chillies while eating  the vegetables. Though it is an acquired taste and it is quite likely you may not like it but I quite developed a taste for it (I hated it as a child) as I grew up.
Now for the ber chutney recipe. 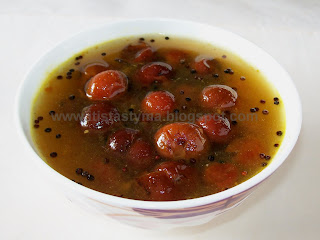 Ingredients:
Method:
As I said earlier see that it is watery you will enjoy this sweet and sour syrup.

Sending this recipe to Sweet and Savory's Let's Do Brunch
Posted by Shilpi Bose at 2:59 AM